Being Professional: The “Hot Mic” Edition 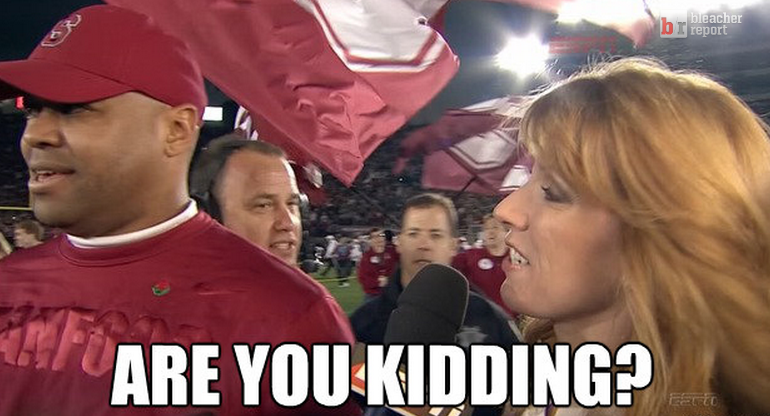 ESPN writes a check – a big one – for the right to broadcast the Rose Bowl.

Some dude with the Rose Bowl (possibly part of the Rose Bowl’s PR team) was attempting to usher Standford’s Coach Shaw to the trophy presentation and, apparently, wasn’t aware of the post-game interview expectation.

The interview, part one, was a mess. Coach Shaw was being pulled in several directions. Cox looked like an amateur trying to control the situation and get her god d*mn interview (“Can we finish here…?”). Then as Shaw was pulled away, Cox’s mic was still on as she exclaimed, “Are you kidding me?!” It wasn’t clear who Cox was talking to – Coach Shaw? (rude) Herself? (understandable, I suppose) Her production team? The Rose Bowl dude? The American people?

Brent Musberger was left trying to explain, and cover for, Cox’s actions and attitude.

The interview, part two, reminded everyone of how boring post-game interviews are.

See the video at Bleacher Report.

What do you think?