The armchair quarterbacking as to how Applebee’s should’ve handled their total social media meltdown last week has begun. “They should’ve…”, “If they were smart, they’d…”, “Oh, you never do that!…”

First of all, if you’re not up-to-speed on the disaster that Applebee’s created, this is an excellent recap. You should read it.

As in most cases like this, the variables are hard to track and you’ll find speculation and rumors galore (not to mention rantings and rationalizations). So, for the sake of my argument, let’s start with a basic assumption: the server violated company policy by posting the image of the customer’s receipt.

With that in mind, here’s what I see as the problems with Applebee’s responses:

Awesome photo by Decoded Science, which has a nice recap, too.

So, what should Applebee’s have done?

By responding quickly and framing of the discussion, rather than letting it get completely out of control, Applebee’s gets to come out looking like the good guy instead of the big, stinky jerk. By treating everyone involved – the server, the guest, the Facebook fans – like people, the conversation would’ve stayed civil and “on topic.”

Taking a longer-term view, Applebee’s clearly had no social media policy that was relevant to employees, had very little strategy in place (how many photos of food & promotional nonsense can you post?) and does not appear to have a crisis communications plan that included social media.

As with most things like this, there were a lot of things Applebee’s should’ve been doing well in advance of any incident occurring to build goodwill and provide a culture in which something like this wouldn’t have happened (because employees understood their role) or if it did the company could’ve activated a plan to minimize damage and maintain relationships.

Come sit in the armchair with me and do a little quarterbacking. What would your advice to Applebee’s be?

END_OF_DOCUMENT_TOKEN_TO_BE_REPLACED 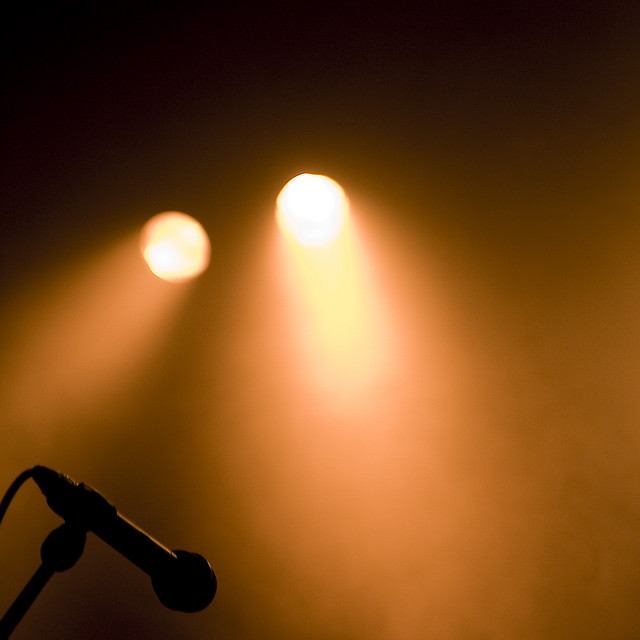 The term has come to a close and we’re all off on spring break at the University of Oregon. As usual, in J452, our students blogged twice a week for seven weeks. It’s so fun to watch students find their voice and really get into the groove of blogging. This term was no different. The students did a fantastic job. I was consistently impressed with the quality of their posts.

Special note: This term, I had the pleasure of team teaching this class with Mandy Drakeford, our newest adjunct instructor. So the list is a bit longer than normal (we had 32 students between the two of us). But I hope you’ll take the time to check some of them out. 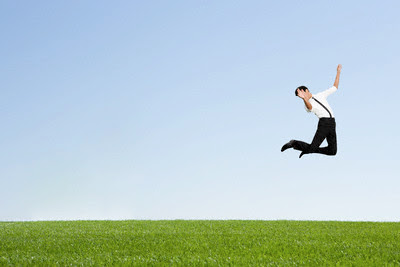 I am beside myself. I’m so excited about my spring term Strategic Social Media class that I think I am starting to annoy people. My reasons for this enthusiasm are threefold:

If you’re interested in the course, or just following along, you can check out the blog (in progress!). If you’re a UofO student, the class details are in the schedule. It’s a J4/512 class on Mondays and Wednesdays at noon. I hope to see some of you there.

Amybeth Hale (aka Research Goddess) announced this week the launch of the Waggener Edstrom Staffing Facebook page. From Amybeth:

I am happy to announce that the Waggener Edstrom Staffing Facebook page, Careers with Waggener Edstrom, is live! If you are a Facebook member, I would encourage you to add this page to your Favorites, become a Fan, and/or share the link with your Facebook PR contacts – check it out!

Some of the items featured on the page include:

We have lots of duckies at WaggEd in the Northwest. Check out this Facebook page and get in the know.

This guest post is from Anthony Cain (’06), currently an account executive at Staccato Design in Portland, Oregon. He posted this as a Facebook note and has graciously agreed to let me share it with you here. Want to connect with Anthony? You can find him on Facebook or via email at: anthony(at)staccatodesign.com

After hearing countless tales of unemployment woes and an overall industry hiring freeze, that I feel it is important to reach out to those who may be losing hope of finding that golden job.

Those of us who are lucky enough to be employed during these slow financial times want you to know it hasn’t always come easy. Most of us have had jobs and left jobs, but overall, we have all had to keep motivated and keep believing in our chances of finding that perfect fit. Its all in how you market yourself. Since most of you are graduates of the University of Oregon, you should know- the industry wants you! I have found that a degree from the UO, especially in Business or Journalism, will get you far.

Just keep submitting those resumes. Keep leveraging those contacts, both students and faculty alike. Set up informational meetings. Take an executive to coffee. Believe me, it’s all we drink!

Finally, never give up! You should always be networking! I will list a few helpful organizations that could potentially assist you in finding that great job. I will also tag a few industry ‘insiders’ that may have some helpful insight. 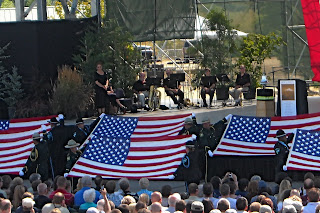 Just a few short days after my last post, I was called on a difficult assignment. Three wildland firefighters injured in a helicopter crash in the Trinity Alps in northern California, seven missing and feared dead. Their employer, Grayback Forestry, devastated and being bombarded by media calls. I partnered again with my friend Leslie Habetler and we answered the phone and answered questions non-stop for 4 or 5 days. I arranged interviews and spoke on the company’s behalf.

I’ll have several “after action” posts, I’m sure, detailing my experience and what lessons I can share with my readers. Right now, I’m a little exhausted and trying to catch my breath from being on site at the southern end of Oregon for 10 days.

In the meantime, the Medford Mail Tribune had a terrific story and image gallery of the memorial service from Friday, August 15 that was a moving tribute for the men of the Iron 44. Take a look.

Great Videos: PROpenMic is the Place to Be

With the end of the year stuff going on, I’ve been a tad busy. But I had a chance this morning to catch up on PROpenMic and thought I’d share some highlights:

Phil Gomes talks to Julie Crabill of SHIFT about his favorite social media tools (and his wedding ring):

My friend Michelle Honald at Ohio University encouraged her students to post their final projects for the intro to PR class on PROpenMic. There’s tons of new content to take a look at. My favorite:

How Can you Stay Smart with Social Networking? (Natalie LaConte)

Ducks on the Move

‘Tis the season for new jobs, internships, projects and other exciting developments! I’m hoping to need to update this list soon, but here’s what I know about soon-t0-be Duck alumni heading out into the wide-wide world. If you have an update (whether it’s a new job or promotion, let me know!).

Who am I missing? Leave a comment, send me an email or a tweet and let me know!

This guest post is from senior Kaitlin Stewart. Winter term 2008, Kaitlin participated in portfolio reviews and had very positive evaluations from her reviewers. I asked her (and a few others) to share their tips.

Top 5 Tips for Presenting Your Portfolio:

Linky Love in the Summer Heat 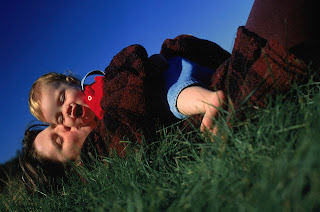 It is hot today in Western Oregon! Hopefully summer if finally coming. In the meantime, here’s your weekly dose of linky love.

PR Bludgeons Itself Again (InfOpinions?) – this particular link is a lot of the PR news out there this week. Here’s a collection of links from Media Bullseye.

PR and the Chick Factor: What Kent State Learned About the Missing Men of Public Relations (Tough Sledding)

What Makes a Good PR/IMC Practitioner? (Les is More)

I look forward to hearing what you think!