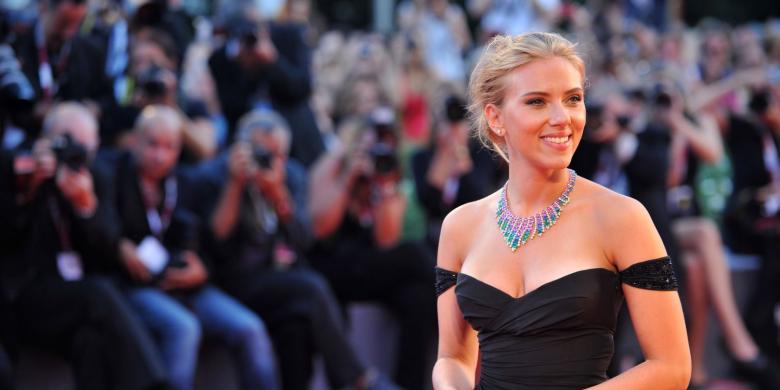 I can’t pretend that I don’t respond with amusement (and bemusement, for that matter) when a student says that he or she wants to do “entertainment PR.” I know it comes from our celeb-obsessed culture and they hope it means working on red carpets, setting up press junkets and coordinating with the personal stylist to ensure the dress and jewels are fierce.

I know that there’s plenty of that for the select few who rise to that level (and we’ve all seen the awkward publicists hovering and herding on the red carpet at awards shows).

But actors are businesses. Each name represents a brand with, ideally, a team of PR professionals who are not only red-carpet herders, but providing counsel about sponsorships and branding, scanning the environment for both opportunities and threats to the company and, yes, managing crises that are much greater in scope than a silly kid acting like a silly, spoiled kid in front of the world.

The plan was clearly to release an ad, ostensibly for the Super Bowl, get said ad banned (OMG!), which would create a viral success that would likely reach far more eyeballs than the Super Bowl ad would. That part worked. The ad was a metaphorical middle-finger to Coke and Pepsi, big Superbowl sponsors, and therefore a no-go from Fox.

The plan was not, however, for said ad to create controversy and backlash related to Israeli-Palestinian conflicts, West Bank settlements, geopolitical issues and international law. Oops.

Turns out SodaStream’s primary plant is in a West Bank settlement called Ma’ale Adumim and, under international law, trade with companies operating out of the West Bank is illegal. Of course, the degree to which an organization and its trading partners abide by that law is up for much political debate.

The plant employes 500 Palestinian workers and an equal number of Israelis. Palestinians argue that Arab workers are exploited by the company and that treatment is not equal. (This isn’t news, by the way. It came up last year with SodaStream’s first banned Super Bowl ad when Palestinians called for a boycott of its products.)

The other player in this drama is Oxfam. Ms. Johansson has been an Oxfam ambassador since 2005. The NGO pressed her to make a decision and choose between her relationship with Oxfam and that with SodaStream. This week, Ms. Johansson resigned from her Oxfam role stating a “fundamental difference of opinion.”

Oxfam’s statement said, “…Ms. Johansson’s role promoting the company SodaStream is incompatible with her role as an Oxfam Global Ambassador.” 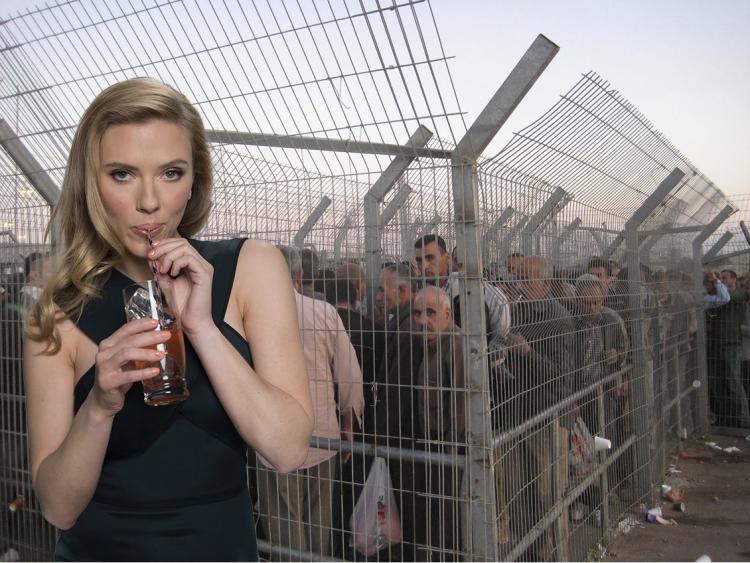 Right now it looks like Ms. Johansson’s priorities are two-fold: money (SodaStream pays more than Oxfam) and… oh wait, that’s it. Just money. I assume that’s true to a great degree, but, like most things, chances are that reality is much more complicated. And when you’ve done a bad job framing the story and you’re playing defense, rather than offense, your complicated reasons don’t matter.

Fortunately for Ms. Johansson, people have short attention spans and her fan base is unlikely to care in the long run (or even in the short run). After all, just just an actor, right? 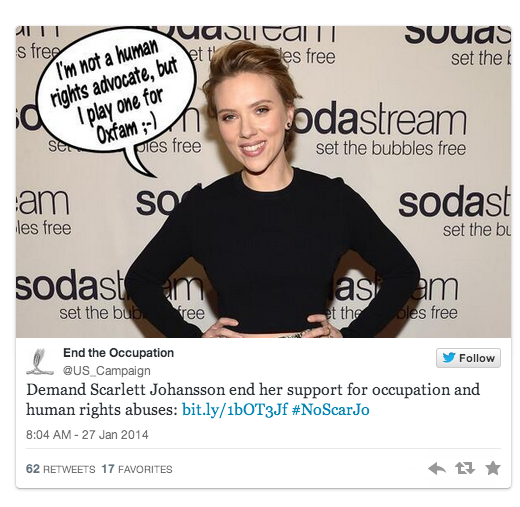 I have to wonder if the damage is bigger picture, though. We aren’t really surprised when stuff like this happens because we’re cynical about celeb’s motives and that may not be fair. For those with a bigger spotlight and louder megaphone who genuinely want to use their powers for good — and Ms. Johansson may very well be one — this kind of backlash and response makes that harder to do. After all, doing well by doing good is a smart way to do business whether you’re Scarlett Johansson or SodaStream.

What do you think?

Feature image: U.S. Actress Scarlett Johansson attended the movie Under the Skin , which joined the competition at the Venice Film Festival 2013, the 70th , at the Venice Lido , Italy , 3 September 2013.